We at SWFTT hope all had a Merry Christmas and a Happy Holiday! 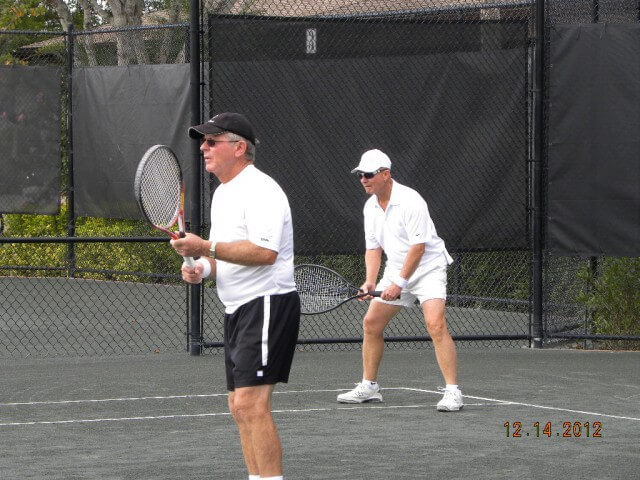 Out last match before the holiday’s was met with some challenges on and off the court. Many leave for the holiday early so finding enough players is always a challenge but our open sub rule helps in most cases.

Beachview continues to roll right along posting a 3-1 victory over our friends at Pelican.

Lighthouse and CCRC kissed their sisters in a split match. Two courts went to a 3rd set tie break.

The Landings hosted Captain Bill Dueease and his team from The Vines. All matches were great matches except for the blow out on court 4. Team Matherly/Mohlman intimidated the Vines team to a no show so our team record improved with a big victory. 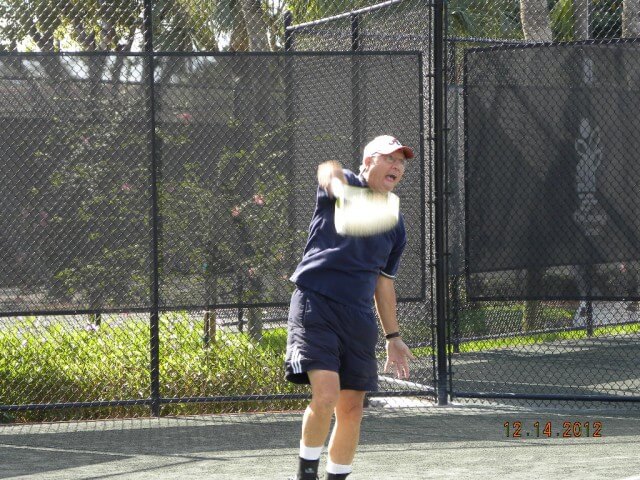 Court two between Landings team Carley/Shelfer and Vines team of Captain Dueease/Mcgrath went to a long 3rd set tie break. Dueease would have had a game point ace but as picture depicts, let out a Japanese war cry of “Bonsai” during the serve and was defaulted (just kidding).

We had a great time, pizza was served as teams stayed for the Pro League matches and toys were collected for the “Toys for Tots” foundation.

Happy “Tennis” New Year to all!

Hello SWFTT members. Next Friday, the Landings will be hosting a day of tennis.

First we start with a SWFTT League match with the Landings team hosting the Vines. Afterwards the Pro League will have it’s final match of the year.

Bring a toy for the “Toys for Tots” foundation to give a kid a smile for the holiday season.

The Pro League matches begin at 3:00 and everyone is invited.

Hello SWFTT fans and members. Our third match is behind us with some more great matches and great fun with tennis friends. 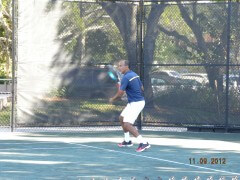 The Landings hosted Pelican Landings. The weather was perfect and the tennis on the courts was anyone’s for the taking. Too bad for the Landings team but Pelican took 3 courts and gave up only one which went to a third set tie break. Pelican has a group of great players and great guys.

Beachview hosted the Vines and took all four courts. Bill Dueease of the Vines was looking for help right up to the last minute as he was short on players. He picked up David Weber, whom we welcome to the League, and made his 8 player list just in time for the match.

CCRC hosted the team from Plantation. Plantation took 3 and gave up court number 2. 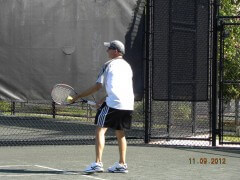 Teams are having Holiday issues along with some injuries with rosters. Just two more matches and 2012 will be no more for the SWFTT League. Hopefully when we start up after New Years we’ll be back on track.

Good luck next week and keep those feet moving!

Hello SWFTT members! Tomorrow, Friday the 9th is the first match of the new league. Let’s get out there, play some great tennis and have a great time. I hope you all enjoy the League.

Move forward, eyes on ball, contact out front and smile on your face!

The Captain’s meeting is this Friday, November 2, at 2:00 PM at the Landings. Captain’s will be getting prepared for the first league match next Friday. All seven teams will be represented.

Hello SWFTT members. In just a little over one week we will begin our new league with seven teams playing. Let’s have a great season!